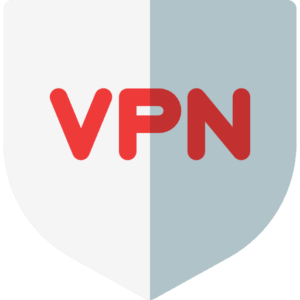 Migrating from a traditional telephone setup to voice over IP (VoIP) is well worth the effort. If, however, you find yourself up to your elbows in challenges and hassles, that may not seem very reassuring.

It’s entirely possible to make your VoIP deployment hassle-free if you make the right choices and take the right steps. The result is affordable phone service, increased productivity, and more reliable communication, ideally without tearing out your hair.

VPN technology solves many of the challenges associated with VoIP deployment.

Let’s say you are worried about or experiencing, poor call quality.  Thanks to network traffic, or ISPs and carriers that are shortchanging you on traffic prioritization thanks to the demise of net neutrality. You can deal with that frustration… or you can use VPN technology.

VPN traffic carries a higher priority than other traffic, by default. There’s no throttling, either. Thus, your VoIP running on VPN technology moves further up in the priority line, as simple as that. Goodbye poor call quality, hello excellence! By making a high-quality connection a priority, you will instantly increase your chances of VoIP success.

Here are a few bad words in the world of VoIP: network address translation (NAT). NAT lets multiple devices on a local area network share a single public IP address. Putting traffic through a NAT is called NAT traversal. Do it and it can most likely becomeы a big headache for your VoIP deployment. VoIP typically signals a telephone connection only, with audio traffic on another protocol and a random port to send that.

In practical terms, this means a NAT can take on the signal traffic without problems but can’t understand that the audio traffic should go with it. So the caller ends up not being able to hear the person they called. We call it “one-way-audio” among professionals. Funnel that traffic through the VPN instead and it all sticks together just as it should.

Worried about security? A lot of businesses are, and it makes sense to be concerned especially when you are using VoIP in a business setting. VPN tech secures your entire connection, including the VoIP traffic, providing incredibly strong encryption.

Cost is not a reason to look away from the VPN. Many inexpensive handsets support this kind of tech. If yours does not, deploy a low cost, on-premise device that will provide a single VPN tunnel for all of your VoIP connections. There’s no need for a third party device or network modifications, both of which can introduce their own sets of challenges and frustrations.

Using a VPN is a smart, reliable, and affordable way to implement your VOIP deployment. With high-quality connections and great security too, it’s a powerful solution for a hassle-free deployment.