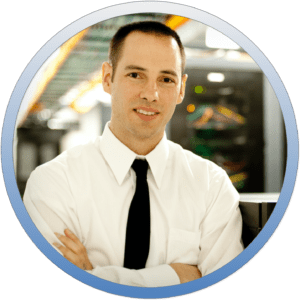 DLS Internet is a privately owned Voice Over IP and Information Technology Services provider, with primary expertise in the areas of Unified Communications and Network Operations. Our services include Network Security, IT Networking, VoIP Telephony and Data Center Management.

Our company launched in the 1990’s, providing residential and business Internet access and hosting services in Lake in the Hills, Illinois. By 1995, our company had established two data centers within the Chicago area and established a network presence in Southern Wisconsin, which quickly expanded our abilities as an ISP. By the early 2000′s, our company had designed and initiated the construction of a fixed wireless broadband access network in the metropolitan Chicago area.

As our network grew to encompass over 30 tower cells, our company was ranked among the top 5 ISP contenders in the United States, with a BBR Gold Award nomination from broadbandreports.com for the service speed and reliability provided by our network.

By 2004, the DLS management team had set its vision on establishing a leadership position in the Voice Over IP marketplace, forming an IP telephony-focused software development team to design a new hosted VoIP solution for the small business markets. DLS introduced its VoIP Hosted PBX service in the continental U.S. in 2005, appealing to businesses with a desire for mature technology and exceptional service in a phone system that offers more than a collection of API’s and sample applications.

DLS established a Network Solutions and Services (NSS) group in 2009, to further aid its clients. NSS focuses on Networking Consulting and offers support, architectural/design and maintenance services for network and systems infrastructure. All of our DLS consulting professionals are certified in Cisco, Unix or Microsoft technologies.

As of 2011 DLS Hosted PBX SIP handsets could be found on every continent and in every U.S. state.