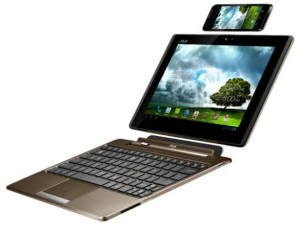 While it seems highly unlikely that Apple will venture into the enterprise VoIP space in the immediate future, a thought of an appliance that converts your iPad into a desk phone is not far-fetched. After all – there are numerous appliances that try to do this to an iPhone. The trouble with that approach is that an iPhone is actually a less suitable candidate than an iPAD

A Need for Single-Role Devices

It’s easy for most people to see that desktop computers, laptops and mobile devices are rapidly converging. All are going to use the same applications and the same user interfaces in the future. Most users have an easy, intuitive and practical understanding of what computers have to offer that mobile devices can’t currently match. Even if they both use the same files and applications. For example, most of us understand that desktops are much better for typing and for using for extended periods of time for “real work” than mobile devices.

By contrast, people don’t have the same intuitive understanding of what value desktop handsets offer over smartphones. Most modern VoIP handset devices offer plenty of benefits, including the intuitive usage required for telephone users. Such convenience can only be provided by a single device locked into a single location devoted primarily to a single task. This is a form of functionality that no smartphone will quite match. 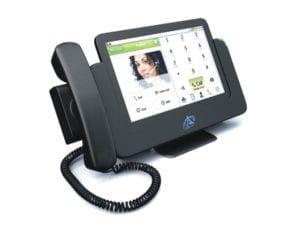 From all of this mobile/desktop convergence in the world of computers we can extrapolate a principle for the future of communication technology. Uniform functionality and usability across the board regardless of what sort of device you’re using: a standard Unified Communications ecosystem. As far as computers are concerned mobile and desktop are going to work in pretty much the same way in the near future. This hints that we’re going to see something very similar occurring in the world of desktop phones.