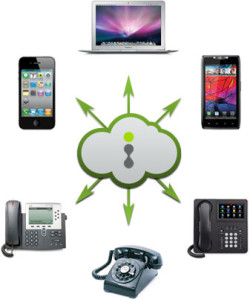 There is one area of popular communication desktop telephony devices have not adopted whose future is uncertain, and that’s the potential for SMS text messaging on a desktop phone.

Is this something we’re going to see or use in the future?

Here’s an even better question- is this something we would even want to see in the future?

We all know how popular text messaging is on mobile devices. By most estimates, text messaging has taken over as the most popular, the most used, and the most highly preferred, form of communication among a startling number of people. Unsurprisingly most young people with smartphones commonly interact via SMS. The younger you look back in the statistics the more SMS is preferred. There’s no indication of this trend abating. That means that we can bet that, as dominant as SMS currently is right now, it’s only going to continue to become more popular.  Even today it is the default form of communication for just about everyone with a smartphone.

Is this description of SMS’ popularity and usage hyperbolic? Hardly. Tracking studies suggest about 10 trillion text messages are going to be sent in 2012 by the end of the year. This is up from 7.8 trillion in 2011, which is already a staggering number even before you consider massive growth estimates for this year.

And guess what? That 10 trillion strong figure only relates to SMS text messaging. It doesn’t include various other forms of text messaging. Many of these are growing in popularity at an exponential rate, including BBM (BlackBerry Messaging) and iMessage, the text messaging program available when Apple devices (either iPhone or iPad) communicate chat with each other.

The Future of Texting

Even though SMS is currently king and doesn’t show any signs of slowing down in popularity the form of text messaging offered by Apple’s iMessage points to a much more probable direction text messaging will head in the future. Unlike SMS, iMessage doesn’t impose limitations on its messaging. You can message as much as you want. You can send messages that are as long as you want. The fact that iMessages aren’t tracked means you don’t need to worry about reaching messaging limits.

At first, the thought of running messaging clients on desktop telephones doesn’t necessarily make a lot of sense. The idea of offering a messaging system on a desktop telephone with a miniature keyboard seems rather feasible, functional, and desirable.

Few people see the value in sending a 160-character text message from a phone but plenty of us can see the value in installing a chat client capable of communicating with mobile devices into our landline phones.

It’s still questionable whether we’ll see this level of convergence or not. Whether SMS on desk phone will provide the benefits it promises. To understand this we need to go back to the main benefit offered by conventional telephone technology- focus and specificity. One of the advantages desktop handsets have over smartphones is their ability to create a smooth and habitual telephone usage. This is one task that multi-purpose smartphones never can do well. Employers want their phone-oriented employees to stay on their phones with few distractions as possible. Of course, there is clear evidence that the use of SMS and other forms of messaging on a desk phone is beneficial. Needless to say, it needs to be weighed by the potential for distraction caused by messaging technology.