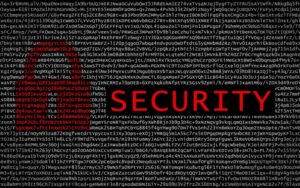 Voice over IP (VoIP) has come a long way from where it had started. It no longer has the same performance and availability issues it used to have in the beginning. In fact, many high-speed networks now integrate quality-of-service (QoS) technology to mitigate previous problems. However, some critics are quick to raise questions about the security of VoIP networks.

Although securing VoIP is manageable if your network is robust, ensuring the security of Internet telephony can be tricky.

If a company wants to deploy VoIP, it needs to make its data network more secure. This is especially true if it has not performed a security audit recently.

Understandably, voice running over data packets is not more or less secure than any other application running on an IP infrastructure. Therefore, if we examine VoIP security as an extension of IP data and traditional telephone, we have to consider all the security issues both of these domains face.

Since conversations in VoIP travel through Internet networks, they can be susceptible to hacking. However, if you encrypt the information sent over a network, hackers will find it extremely difficult to decrypt the data even if they record it. Therefore, a VoIP network needs to run end-to-end encryption to secure data on every possible layer.

Companies need to secure their internal WiFi networks to minimize the risk of being hacked. VoIP calls transferred over an unencrypted WiFi leave key data points exposed. Hackers can exploit these vulnerabilities for snooping on conversations.

This is important because user security can also affect device security in many ways. Since many people use hosted VoIP via apps for mobile handsets, their data on the VoIP app is as safe as their device password. Therefore, if a user configures weak passwords on their wi-fi phones, they run the risk of exposing their call records, entire conversations and even compromise the service of the entire company in case of a password leak.

Organizations should enforce secure passwords on VoIP devices and have the ability to wipe a device remotely. Ideally, it is preferred to have end point device’s web interface completely disabled and use a one-way remote provisioning setup where remote device simply requests configuration from the server (and server only). Ideally, this configuration would be sent over an encrypted protocol such as HTTPS or SFTP.

Although mobile handsets are popular, many calls inside enterprises are made through a traditional phone-like handset. These VoIP handsets look like standard phones, but they have sophisticated software that conventional phones do not.

The software in these handsets makes them more secure than traditional phones. However, companies still have to update it repeatedly to counter the latest security threats. Similarly, if your company keeps VoIP infrastructure hardware on-premise, it should keep the VoIP servers patched regularly if your VoIP PBX is running on-premise. The one benefit of having a hosted provider is that they usually take care of this responsibility as a part of their VoIP service.

Intrusions by hackers cause incredible damage if they remain undetected. Therefore, detecting these intrusions is an essential part of VoIP security. Analyzing logs in a company’s VoIP is one of the best ways to identify intrusions.

By keeping logs, the system can record the source point of the users trying to access the VoIP system, which makes it easier to detect unauthorized calls. Furthermore, these logs can detect failed connection attempts and brute-force password attacks.

You can mitigate these issues by setting a detection mechanism that alerts you in such scenarios. For instance, you can set up alerts for when someone makes calls above a certain threshold.

The Session Initiation Protocol or SIP is a protocol sponsored by giant companies like Cisco Systems and Microsoft. The purpose of this protocol is to set up sessions between two endpoints, which are similar to calls in a VoIP network.

With the help of SIP, we can ensure VoIP encryption via PGP, SSL, or S/MIME. However, the protocol lacks some of the user authentication mechanisms. Therefore, it’s possible that hackers may use this vulnerability for identity theft.

Furthermore, SIP doesn’t have any means for handling delivery failure between intermediary network devices. To get around these problems VoIP service providers employ 3rd party security applications and software. However, the interoperability between SIP systems is the reason why many companies use the protocol.

Initially, the H.323 protocol was designed to support multimedia over IP. This made the protocol ideal for web-based video conferencing. The protocol does a better job at mitigating some of SIP’s call-handling issues. Therefore, it can reroute calls around failed gateways to ensure the call doesn’t get disrupted.

Nevertheless, H.323 carries greater security risks compared to the SIP protocol. The protocol was created during a time when firewalls didn’t exist, and devices never had to deal with NAT issues. As a result, the protocol doesn’t prioritize during the transfer of packets between two computers.

Moreover, since the H.323 protocol uses more than one dynamic port across firewalls, it has a greater likelihood of network attacks on these ports.

Using any of the protocols would be a trade-off between the level of security you want and the quality of VoIP calls. However, if you rely on a competent VoIP solution provider, you won’t have to worry about either of these issues.

At DLS Internet Services we offer a comprehensive VoIP solution to present Unified Communications as-a-service (UCAAS). Our network implements the best practices in VoIP network security to ensure that your conversations remain secure and intrusion-free.

We aim to deliver reliable and secure VoIP services, such as hosted PBX and virtual PBX phone systems to help organizations optimize their communication. Besides that, we provide a unique Internet service that allows it to ensure quality connections between peers. The Internet service, coupled with the company’s powerful VoIP system, offers the perfect communication tool for your organization.