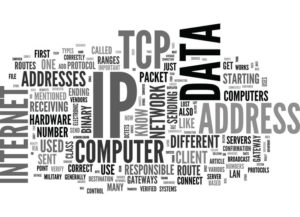 TCP vs UDP – Which Protocol Is the Best for VoIP?

TCP (Transmission Control Protocol) and UDP (User Datagram Protocol) are among the most widely used protocols for data traversal across the Internet. These transport protocols govern how devices establish connections, how they exchange data, and how reliable the connection will be.

Both of these protocols are important components of networking, and each one has its own unique use-cases in a networking environment.

As we all know, organizations are leveraging new technologies for communication in business environments. By now, most companies have abandoned traditional landlines and transitioned to VoIP to have an efficient means of communication.

Voice over IP or VoIP is a form of advanced telephony that allows organizations to use the Internet for making calls without using landline networks. Essentially, VoIP uses the Internet for voice and/or video transmission. It does that by converting the analog signals into data packets and then sending them to the destination.

In a VoIP environment, audio samples of calls get converted into data packets. Usually, each of these data packets contains around 10 to 30 milliseconds of audio. Since VoIP uses IP networks for communication, it needs a method to transfer data. This is where transport protocols such as TCP and UDP come into place.

To break it down, data packets are just like letters being exchanged between two parties. Like letters, each packet is enclosed in an envelope which states the address of the sender and the receiver.

TCP and UDP are essentially two different kinds of envelopes. They enlist addresses of the sender & receiver and also enclose data packets to protect them from corruption. However, in data transmission, these addresses are the IP addresses and respective port numbers of both transmitting devices.

In this article, we will discuss how these transfer protocols work, their pros and cons, and their possible applications in a VoIP environment.

Experts term TCP protocol ‘connection-oriented’ as it establishes a connection before starting data exchange. The TCP protocol is more reliable of the two transport protocols because it uses a system of acknowledgments to confirm whether the packet was delivered successfully or not.

The whole process mentioned above is done to establish a connection. This phenomenon is known as the “3-way handshake,” and it happens before any data transfer begins. The initial phase is important to reserve the ports being used for communication and establish a reliable connection.

After the set up of an initial connection, the devices begin exchanging data packets. Each time a part sends a data packet, the other party sends an acknowledgment that it has received that data packet.

The TCP protocol also has a mechanism for error detection recover lost data packets during transmission. Any data packet loss during this transmission gets resent, and the data transmission is halted until that lost packet reaches the other party.

This ensures that no data gets lost during transmission and that all data packets get delivered in the correct order. However, it also means that the data transmission will get delayed until all lost data packets are received by the listening party. Moreover, the TCP protocol repeats the 3-way handshake when it wants to terminate a connection.

As we can see, the TCP protocol focuses on accurate delivery of all data packets during data transmission. It plays a role in limiting any form of congestion in the network environment and stops. Moreover, the protocol ensures that all the data packets arrive in order, and the sanctity of the data remains intact.

Although the method is great for accurate delivery of information, it requires more time and resources to function. Each data packet has a sequence number (to maintain order), an acknowledgment number and checksum for error detection in both IPv4 & IPv6 connections.

As a result, the data packets have a larger header, compared to the UDP transport protocol. Therefore, the TCP protocol has a bigger overhead considering that it also has to deal with acknowledgments and retransmissions of lost packets. Sometimes, data packets can take a few seconds to get transmitted successfully.

TCP is built for accurate delivery of information and isn’t good for connections where you need the fast transmission of data. As a result, TCP is ideal for information exchange where the accuracy of information is critical, not the timeliness.

For instance, the TCP protocol is great for transmitting text messages or emails. In these use-cases, the accuracy of information is more vital than the time taken in its delivery. A text message with jumbled up words is of no use.

Similarly, TCP is ideal for exchanging files over IP networks. Delivery of files through the TCP protocol ensures that the components of these files get delivered in the right order. Moreover, the protocol is ideal for establishing secure connections via remote SSH (Secure Socket Shell) on an unsecured network.

UDP protocol is connectionless as it does not need any logical connections prior to data exchange. This means that both devices don’t establish a connection before starting to exchange data.

Since the UDP protocol doesn’t need to establish a secure connection before data transmission begins, the data exchange is fairly simple. Devices are able to send data packets without warning the other device, preparing for a connection, or negotiating ports.

During data transmission, the sender sends small packets of data to the receiver. The receiver receives those packets, reads where the packet was sent from and then sends its own data packet. To be clear, this is not the acknowledgment message that was being used in TCP. Instead, it is a normal response that’s a part of two-way communication.

The UDP protocol does not keep count of any packets lost during the data transmission and just keeps transmitting data in the form of small packets.

UDP-powered connections lack any uniform mechanism for error detection during this data exchange. The protocol has limited capability for detecting errors in IPv6 connections (it uses a 16-bit checksum) but doesn’t detect errors in IPv4.

The UDP protocol is unreliable compared to the TCP transport protocol. In the absence of any error detection, there is a greater chance of having errors. Packets can get delivered out of order.

Moreover, it’s also possible for them to not get delivered at all because the protocol does not resend any lost data packets. In worst cases, UDP’s unchecked transmission of data packets can result in congestion of network resources.

However, all of these features are embedded in UDP connections on purpose. You see, the TCP protocol is built for accuracy but lacks the speed for establishing connections where fast data exchange is possible.

The UDP protocol makes for TCP’s lack of speed and enables quick data transmission between two devices. The protocol does not need to waste time in establishing secure connections prior to data exchange.

UDP connections prioritize keeping a stream of information going. It has to ensure that the receiving party gets the data packet on time. These characteristics make it ideal for connections that require a real-time exchange of data. Therefore, it’s perfect for real-time voice-calls in a VoIP environment.

The protocol is also ideal for multimedia streaming and any sort of connection that needs to transfer data without delay. The protocol can work anywhere where TCP’s reliable nature is hurting the end user experience.

The UDP protocol can eliminate delays caused by an error resulting from a packet loss. The lack of retransmission and acknowledgments allow UDP to maintain a continuous exchange of information.

It also helps to remove jitters caused by broken retransmitted packets and packets being sent more than once. Because a real-time communications service such as Voice over IP does not require a completely reliable transport protocol, UDP is the ideal protocol for voice calls in VoIP.

We should remember that even if the UDP connection has some errors and packet loss, then it would only have a minor impact on the audio output. We say this because it is better to drop a missing packet and have milliseconds of silence instead of suffering from seconds of lag.

Why Is UDP Ideal in the VoIP Environment?

UDP and TCP protocols are essential components of VoIP networks as they control how data gets exchanged over the Internet. However, VoIP environments also utilize the SIP (Session Initiation Protocol) to establish connections with other SIP devices (almost all devices use SIP for communication). Therefore, it’s important to consider how traditional transport protocols work in the scope of VoIP environments.

TCP networks can be used to register devices at a small scale (i.e., a LAN network). However, a comprehensive VoIP network has thousands of devices that attempt to connect with the VoIP networks.

These devices can range from individual SIP phones, SIP devices to other PBXs networks. As a result, most of these connections are simple SIP registrations. A SIP registration happens when a SIP device (i.e., IP phone) connects to the SIP server and conveys its availability for receiving calls and along with its IP address.

We shouldn’t forget that SIP networks must do this every minute for maintaining proper communication. However, if we use the TCP protocol, it will have to go through the whole 3-way handshake each and every time the phone wants to convey its availability.

This will result in a massive overhead of information for the VoIP carrier. It’s true that you can afford this in a LAN environment. But a VoIP might have thousands of individual devices that attempt to register themselves every second. Implementing the TCP protocol for device registration would eventually grind the SIP servers to a halt.

The UDP protocol, however, does not need continuous acknowledgments and does not put extra strain on servers.

Once the phones get registered to the VoIP network, you need a transport protocol that’s made the quick transmission of data. A voice call is a conversation that has streams of packets. All of these packets need to created, transmitted, and received in real-time.

In TCP, retransmissions and acknowledgments will create lags in the voice call. Lags in a voice call drop the quality of calls. For instance, if a person says something over the phone call, the person on the receiving end will hear what had been said a few seconds later.

While this may be affordable in informal communication but organizations cannot bear this in business environments. UDP protocol rectifies this issue by dropping the missing packet instead of creating lag in the phone call. A single missing packet does not have a severe impact on the quality of calls as a whole, and people can continue their communication in real-time.

UDP is best for handling VoIP traffic as it saves the SIP server from bearing unnecessary load. Besides that, UDP ensures that VoIP connections have optimal call-quality during the entirety of the communication. Therefore, we can conclude that UDP is ideal for a VoIP environment.

Currently DLS offers VoIP services such as hosted PBX and virtual PBX phone systems to help organizations optimize their communication. Moreover, the company is a unique business Internet Service Provider that allows it to ensure quality connections between VoIP peers. The Internet service, coupled with the company’s powerful VoIP system, offers the perfect communication toolkit for your organization.

For further information on the company’s services, visit our website at https://dls.staging.wpmudev.host/