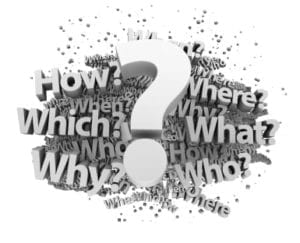 At a very basic level the age of a hosted PBX provider gives you some sort of hint of their quality. Sure, there are some startups that come out of nowhere and truly revolutionize the field with some radical advance of telephony technology, but most of the months-old companies we’re going to see launch in the world of IP telephony aren’t in the market to innovate- they’re going to launch quick to cash in before quickly burning out, and that’s not the sort of provider you really need on your side keeping your phone lines open. VoIP experience comes with time of doing business and it certainly counts.

Now, you need to be careful with this rule. You need to not only look at the age of the company you’re considering, but you also need to look at how long they’ve specifically been in the hosted PBX market. After all, just because AT&T is over 100 years old that doesn’t mean they will automatically become your best choice for a hosted PBX provider.

In fact, it’s worth taking a minute to explain why the major telecom companies probably aren’t going to offer the best hosted PBX service.

The AT&T’s of the world may have a lot of experience in the telecommunications marketplace but most of that time was spent in a world that is much different than today’s. The major telecom oligarchs have spent most of their existence operating in a highly protected state. They got to run their businesses as virtual monopolies, with little to no competition except from the other telecom providers, all of whom were confined by the same rules, regulations and expectations as everyone else.

These days a much more diverse and anarchic telecom market is emerging, one enabled by the Internet, offering up new technologies at a rapid rate and opportunities for new companies to come in and snag their piece of a previously untouchable pie.

Which means when you’re looking at the age of a hosted PBX provider you’re interested in working with you want to aim for the middle ground. You don’t want to sign up with a “Ma Bell” that’s been enjoying a protected position since the 19th century, but you also don’t want to sign up with some cookie-cutter upstart that launched six months ago. Look for a company that’s been around for at least a couple of years, preferably for a decade or two, and who has spent most of its time on the market dealing with hosted PBX or similar telephony solutions.

Experience counts when finding a great IP telephony provider, but you want to make sure the company you end up working with has the right experience. There are some big, venerable companies that are doing some good work in the IP telephony market, but these are companies who cut their teeth in networking, not in connecting copper, and it’s important to keep that crucial difference in mind when picking your provider. Overall a company with experience in unified communications and network operations is going to serve you a lot better in the emerging telephony environment than a traditional telecom company.