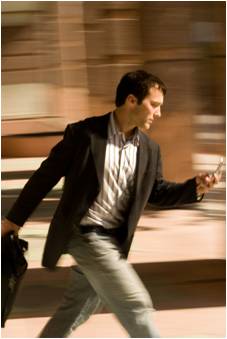 The first big problem with Evans’ argument lies in his discussion of price- namely, the fact that Evans barely talks about price at all. He mentions that Skype-Out, the VoIP program’s outbound calling service, only costs $30 a year. He drops this information and leaves it there, making it sound like Skype-Out is an incredible service because it allows you to make mobile-to-mobile calls using a VoIP service for just $30 a year, which isn’t really true. In order to use Skype-Out, or any VoIP service on your phone, you need to pay that service’s annual fees and you also need to pay your monthly bill to your provider, as that provider gives you the data transfer plan allowing you to take advantage of VoIP in the first place.

In other words, Skype-Out might be a great deal at just $30 a year, but that’s $30 a year on top of your normal mobile charges. Skype-Out, and other mobile-to-mobile VoIP communications aren’t replacing your phone bill, they’re actually adding to it. Until mobile providers start offering data-only plans or VoIP providers start creating their own data transfer networks the cost of these mobile VoIP programs need to be taken into a little more honest consideration.

The second argument Evans makes revolves around video chatting being a huge wave of the future. He’s a little more on point with this argument. Video chatting is improving dramatically in quality and usability. Programs like Skype are getting really good at offering low-bandwidth services that won’t drop calls when streaming over limited networks like modern 3G and 4G connections. In addition, Evans notes that Apple has announced when iO6 drops Facetime video calls will begin to occur over normal cellular networks.

How quickly video chatting overtakes normal telephony calls for individual users making personal calls remains to be seen. Streaming video chats are liable to eat up data plans and are likely to devour battery life as well- two resources that remain scarce among modern personal mobile devices. What we’re more likely to see is these video chats becoming increasingly popular and the new default mode of communication among the business set, where video chat has always been well received.

One place where Evans was absolutely right in his argument was at the end of the editorial, when he stated “it’s pretty clear that the lines between data and voice are blurring.” He is right on the money with this one and it’s likely just a matter of time before the mobile companies embrace the VoIP model for their normal telephony calls and begin to offer plans that no longer offer calling, text and data limits, but which envelope all mobile actions under a single overarching data plan. VoIP and video chat certainly represent the future of mobile, but maybe not in quite the radical way that Evans suggests.