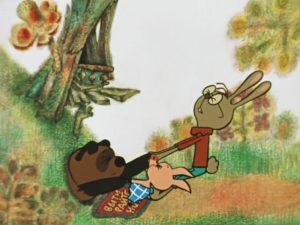 Yet the greater requirement for IP bandwidth required by UC systems has to do with more than just the fact you’re going to run more systems over your IP connection. In fact, the greater network data demand from Unified Communications has at least as much to do with the hardware as the software.

With a traditional local IP network you’re probably used to only having one class of hardware plugged into your bandwidth- desktop computers and laptops. This is especially true if your organization’s network is primarily hooked up with cables and if it doesn’t utilize a wireless network. Even if you have a wireless network hooked up for your organization the volume of traffic you see coming in from mobile devices (tablets and smartphones) will be relatively small, as these devices will likely only be used for personal or general online purposes.

All of this changes when you make the switch to a Unified Communications  network. Not only do you have to take into consideration the volume of traffic being handled by desktop computers and laptops, but you also need to consider land line telephones and the increased demands of mobile devices when they’re fully integrated into a complimentary network. Even if every one of your employees currently uses  their own mobile device to work right now, the bandwidth those devices require is considerably lower than they will be once your organization utilizes a network that directly caters to multiple device usage. And that’s to say nothing of the increased bandwidth demands brought about by remote access to your Virtual Private Network (VPN) when employees aren’t in the office itself.

What’s more, the software side of things provides greater demands than you might expect on your IP data network. If your network stores all of its data and files remotely then your employees are going to require a lot of bandwidth just to go about their daily tasks and routines. This is especially true if you’re going to switch to cloud for your organization’s productivity software as well and run all of them off of remotely hosted servers.

Finally, you can’t discount the increasingly prevalent use of video as a communications vehicle. Specifically, the growth of video streaming, chat and other video-based telephony options dramatically increases your organization’s bandwidth requirements. Video calls and conferences require a lot more bandwidth than purely audio-based communications, and modern Unified Communications systems can make video calling a lot more common than you’re accustomed to.

Another important factor is that your data bandwidth needs are going to change from time to time because your data usage may change. This could impact your VoIP communications. There are really only two ways to deal with this factor:

Neither of these options are perfect and both add cost to your network maintenance. Over provisioning is not a guarantee that your network bandwidth needs will not change. Bandwidth monitoring could be done in several different ways and is mostly a reactive measure (i.e. we provision bandwidth AFTER the finding out that it is no longer sufficient to run our voice and data applications).

You Need to Be Prepared

Now, are we telling you this to scare you? Not at all. We just want to drive home the point that the switch to a VoIP communication system is going to require a lot more bandwidth than you’re accustomed to right now- and a lot more than you might imagine you require when you make the switch.