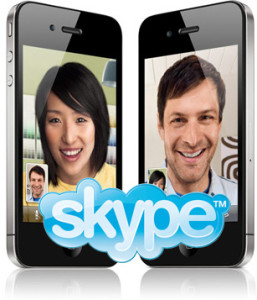 There’s no question right now whether VoIP is eventually going to become the default mode of telephony communication throughout the world, for both domestic and international communications. Instead, the real question is how VoIP will pursue its path to world dominance. Most likely we’re going to see a mix of different implementation methods. The major mobile carriers will likely switch all of their services, including telephone calls, under a single data plan, a shift that will effectively create mass adoption of VoIP regardless of whether mobile users ever become aware of the transition. But despite the power they have to make VoIP the standard for mobile communications overnight it’s increasingly clear the major mobile carriers aren’t the only players in the access or IP transport business with their eyes on new revenue streams, a point driven home by Skype’s recent initiative to provide free wireless across Britain.

Since When Has Skype Been a Communications Powerhouse?

Skype, long before it was acquired by Microsoft,  has been something of a dark horse in the world of business telephony. Skype is a platform used by just about everyone that very few people actually take the time to think much about. Skype has become an unconscious element of our communications landscape, a commodity, a default program in some cases, and in the process the company behind the program has quietly assembled a sprawling, influential empire.

And yet Skype’s nearly invisible, yet highly persistent, presence in the world of business and personal telephony is the precise reason the company have been able to silently steal away swaths of business from the major mobile carriers. The idea of downloading and using a Skype app on a mobile device seems totally natural to most people.

What Exactly is Skype Doing in Britain and Ireland and How It Relates to U.S.?

Now, there’s one limitation Skype has run into in their efforts to make mobile VoIP a viable alternative to mobile telephony, and that’s the fact Skype, like all VoIP, relies on the Internet. That data transfer package bundled within the phone plans offered by the mobile carriers tends to get pricey leading users to use their mobile bandwidth conservatively.

But that is not the only problem. Mobile and land line carriers in U.K.  have long recognized the threat to long distance revenues posed by VoIP adoption and moved to restrict access to Skype to protect their business model. These restrictions come in many shapes and forms – from deprioritization of the VoIP traffic to outright ban on using VoIP client apps over their data network. Rings the bell? One can easily draw the parallel with the net neutrality discussion taking place in the United States.

Faced with these problems Skype has two infrastructure-building actions at its disposal – the company can either create a widespread data network effectively becoming a major telecom infrastructure carrier in its own right, or Skype can increase the availability of the free Wi-Fi. Between these two options increasing access to public Wi-Fi is clearly cheaper and much easier to implement, so that’s exactly why Skype is partnering with the hotspot provider Wicoms.

That said, VoIP service providers in U.K. had also launched a formal complaint about mobile carrier practices of restricting VoIP traffic in December of 2011 and  actually received  support from the European Ministers who called on the regulators to act. But, as we know, nothing gets done quickly in the European Union.

How Will It Work?

Skype has been a player in the mobile game for some time now, launching its first smartphone and tablet app years ago. In addition the company has been offering wireless at airports and through a small smattering of businesses for at least as long. Skype’s new push is far more widespread while also ringing up considerably cheaper, with full monthly access to all Skype wireless due to ring up at just £9.99 a month.

But wait, wasn’t Skype launching a free wireless service? How can Skype say it’s offering free wireless if it attaches a fee to the service?

That £9.99 a month charge represents what businesses have to pay if they want to offer Skype wireless at their establishment. On top of that business will have to pay for the Internet connectivity it is willing to share. Individuals who want to connect to Skype’s wireless service will be able to do so for free as long as they’re in a vicinity of a business willing to shell out ten pounds a month to offer them that convenience.

So What’s In It For the Participating Business?

The notion of paying for Internet access and then paying to share it with the customers for free free access seems a bit ridiculous. But the key here is in the content management. Skype is looking to allow business to deliver targeted marketing content over their Wi-Fi services including business-specific ads, individualized discounts etc. As Skype begins to implement its plan for widespread wireless connectivity the company is selling the service to brick-and-mortar businesses on the guise it will help them compete with online retailers. According to Skype giving customers access to a wireless connection will help businesses grab customer attention by giving them increased ways to connect with their stores through their mobile devices, such as the ability to provide vouchers or “check-in” offers currently implemented by websites like 4-Square and Yelp.

Talk about giving up more privacy! It remains to be seen whether it will meet wide adoption among business community and whether this kind of targeted marketing will not turn many end users away from service.

Skype has offered wireless in the past but it didn’t see mass adoption and wasn’t available in many locations. Part of the reason Skype wireless didn’t catch on in the past is the fact users had to pay to use these wireless connections. Now users in the U.K. won’t have to pay to connect to a Skype Wi-Fi, and Skype is targeted marketing at a price that is low enough for any high street establishment that wants to offer it.

Is there some truth to this sales pitch? Could a fashion boutique benefit from offering wireless in their store? Sure, but it’s foolish to think this is the primary motivation behind Skype’s push as a wireless provider. Skype has never been in the coupon-pushing business and the low price point suggests Skype isn’t looking to make a killing by selling broadband subscriptions. Skype is, has been, and always will be, in the VoIP business, and their bid to incentivize universal wireless connection has more to do with their desire to make their telephony tech universally accessible without relying on the major mobile carrier’s data transfer packages.