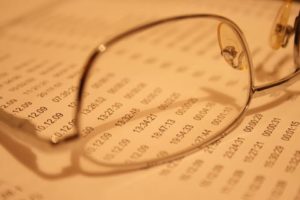 Why is this? Why might ultra-cheap IP telephony start to ring up fees similar to what we’re accustomed to seeing in traditional telephony?

For the first reason look to the big-time telephony providers: the Verizons and the AT&Ts of the world. These companies are making the switch to data-driven IP telephony. Taking a look at their lobbying efforts against copper cabling and public statements regarding the switch it seems clear these companies would transfer their services totally over to IP telephony yesterday if they thought they could abandon their landlines.

The major telephony oligarchs are itching to start offering IP telephony on a greater scale and we can assume pretty conclusively it’s due to the fact they think they can make a lot more money on their end using data lines rather than phone lines to deliver their services. This will result in big cost savings on their part but it’s highly unlikely the telephony oligarchs are going to share the wealth and adopt a sudden sense of generosity towards their customers. Even though they’ll be saving money on their new IP services the big telecom companies aren’t likely to drop the price of those services. Rather, the telephony oligarchs could very well raise their prices on their “new” service.

All this might taste a bit like sour grapes but the major telephony companies have already proven their more than happy to charge excess amounts for services smaller companies are offering on the cheap- or even for free. For example, when Verizon saw third party companies offering up free and low-cost tethering apps that turned smartphones into mobile hotspots the telecom giant released their own similar service for $20 a month and did their best to block their clients from utilizing other company’s tethering offerings.

Now, it is a little unfair to paint the major telecom companies as the sole source of increased IP telephony rates in the future. After all, a big reason your wireless bill rings up so much higher than you thought it would when you signed your contract lies in the high tax rate on wireless telephone services.

Right now the average wireless service sits beneath a 16.23% tax rate. Because this tax rate is a combination of federal and state/local taxes that number can jump as high as 23.69% in certain states. That’s a huge tax burden on wireless services and passed right on to you, the consumer. While landline telephone services aren’t taxed at quite as high a rate they still significantly increase the price of signing a traditional telephony contract.

These numbers are even more staggering when you realize IP telephone services are currently taxed at an average rate of 3%. Right now there are a lot of reasons why IP telephony is much cheaper than traditional telephony, but that difference in tax rates plays a big role in the divide.

Which means you’re likely to see increases in the cost of IP telephony in the future no matter who you sign with. You will certainly save money seeking out smaller, lower-cost providers than simply accepting the overpriced IP telephony solutions put out by the major telephony companies, but even those smaller, lower-cost providers will have to raise their rates if their tax burden escalates dramatically. There’s no absolute guarantee the tax rate will rise on IP telephony, but it’s a safe bet and, if nothing else, it’s a behind-the-scenes factor to keep an eye on over the next couple years as IP telephony takes off in popularity.